Please note this pillbox is on private land and permission is required to view.

The rectangular bullet proof  variant design  can be found close to the road covering a small bridge near Barkham on the B3349  Wokingham to Arborfield Road in Berkshire. 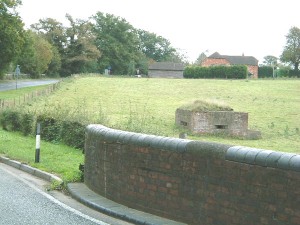 It once formed part of the outer defence perimeter for the nearby army garrison at Arborfield camp, during WW2 this was a main REME garrison. I  discovered that an old family friend (deceased) was one of a small team of men who were employed by the army in its construction during the early war years, he was a labourer for the local Wokingham District Council and one of a small group who were drafted in to work on the local defence projects. 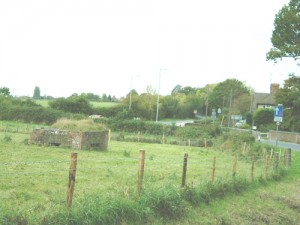 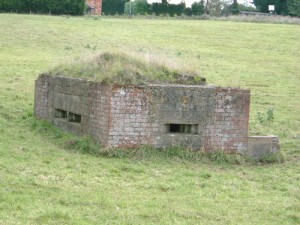 Single loopholes can be seen on the both ends, and on the rear .

The low step down central back entrance is now bricked up and filled in so entry is impossible. A  small low brick sided trench sheltered the entrance with a loophole above, internally the pillbox is flooded. 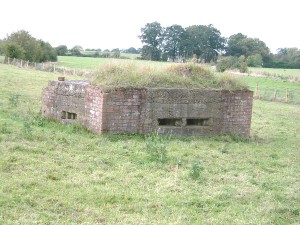 Three more of this design survive in the area, another was demolished during  road widening in the mid 1980s.

With the closure of the REME and house building on Arborfield Garrison this is the most visible and well known reminder of the WW2 period in this area, the future of this defence may be in question should the road and bridge be altered to help with the inevitable increase in traffic. 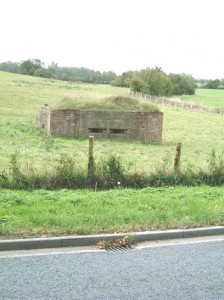