This is an incredible find which is not on the Defence of Britain Database or anywhere else I have looked.

I had a conversation in November 2001 with a Forest Ranger in Swinley Forest when I was looking for some reported bunkers, he told me of a ‘wall’ with RSJ’s in it which was deep in the woods, an old chap had told him previously it had been used for pre D-Day practice.

I located the area deep in the forestry at grid reference SU882638, the site appears very similar to Hankley Common with a large concrete wall, Germanic looking Dragons Teeth and a double row of vertical steel rails stretching into the woodland. 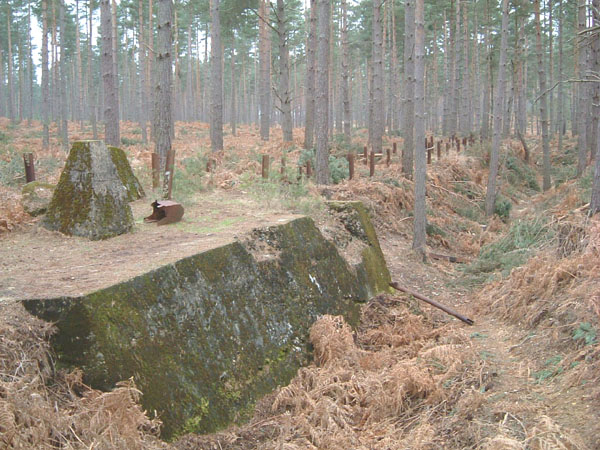 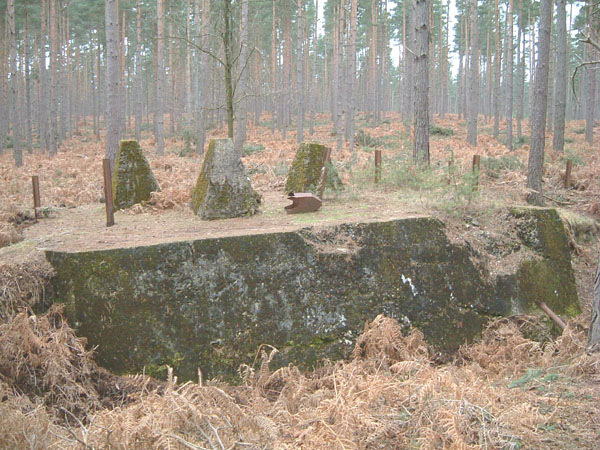 The wall is very steep and measures approximately 7 ft tall, below runs a 300ft plus anti-tank ditch on top of which are the RSJ’s. 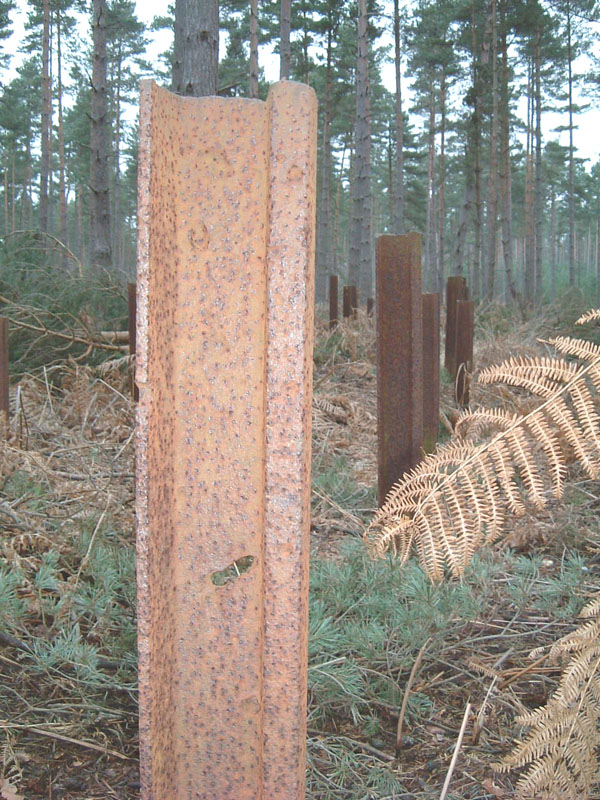 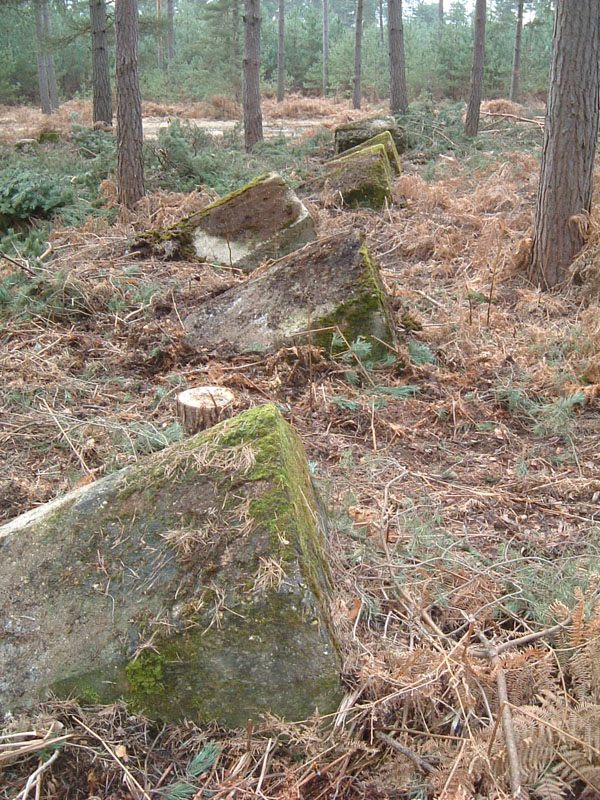 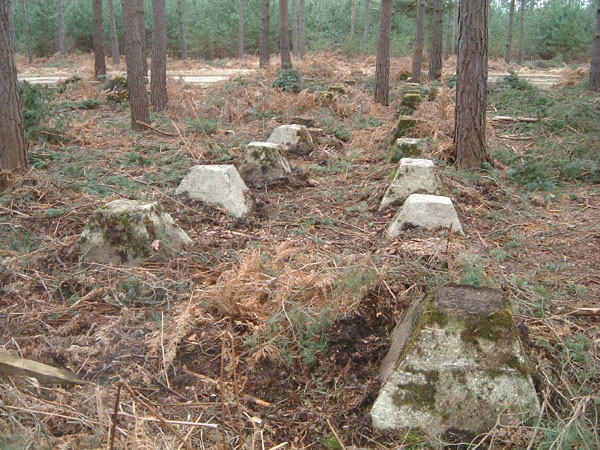 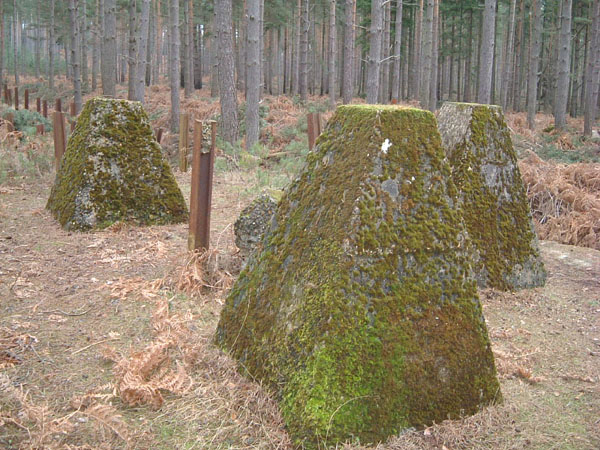 Behind these are five disturbed and upturned and upturned pimples, there is also a 10 ft large RSJ laying in the ditch, close by i found the remains of a rusting inert Bee Hive demolition charge. 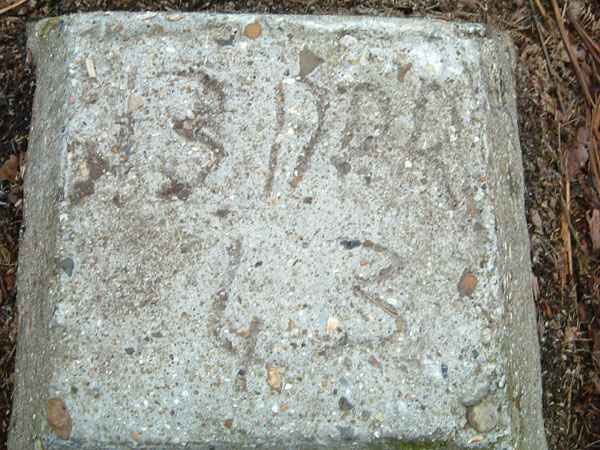 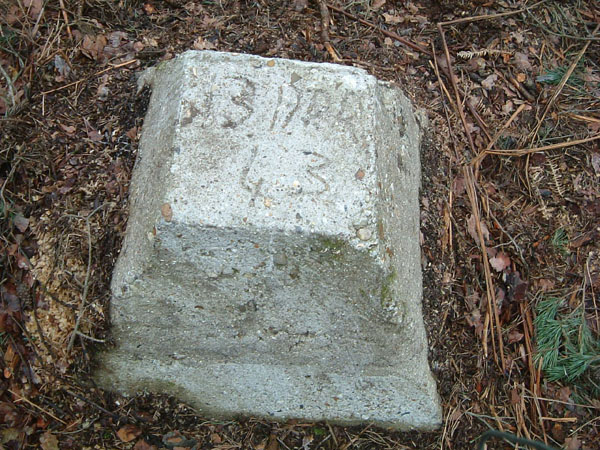 I spent quite a while recording the find and have scetched a plan giving a better idea of the sites layout. 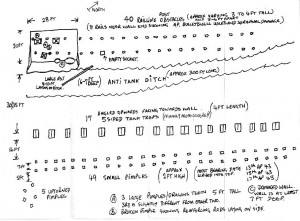 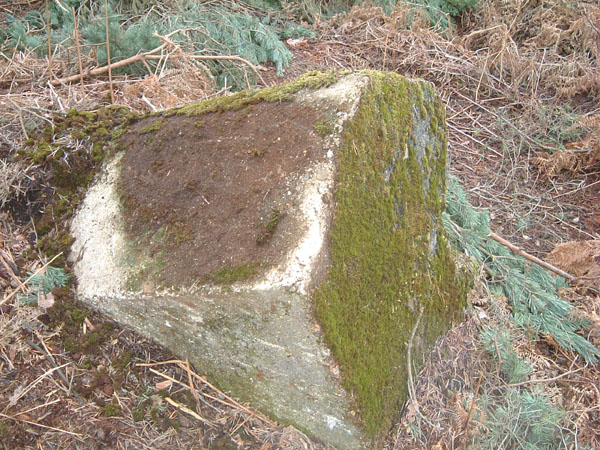 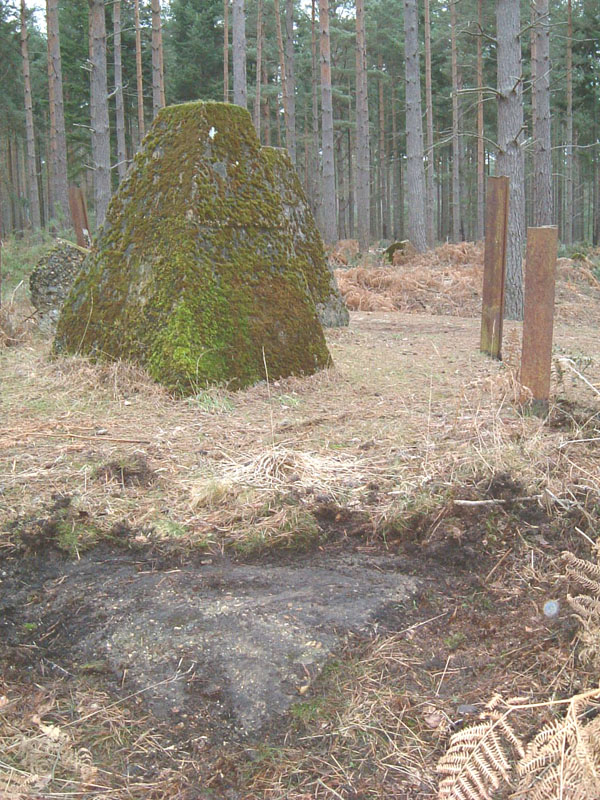 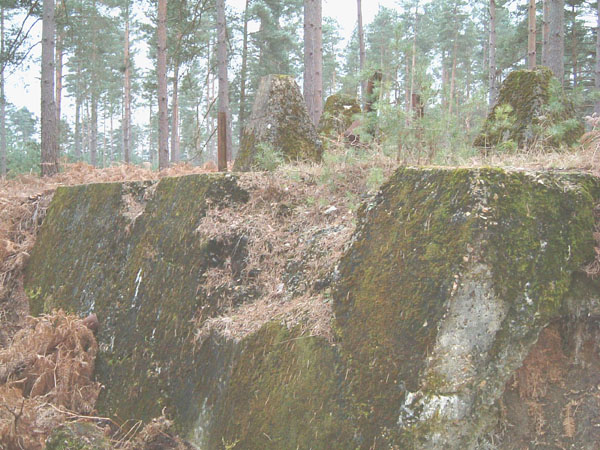 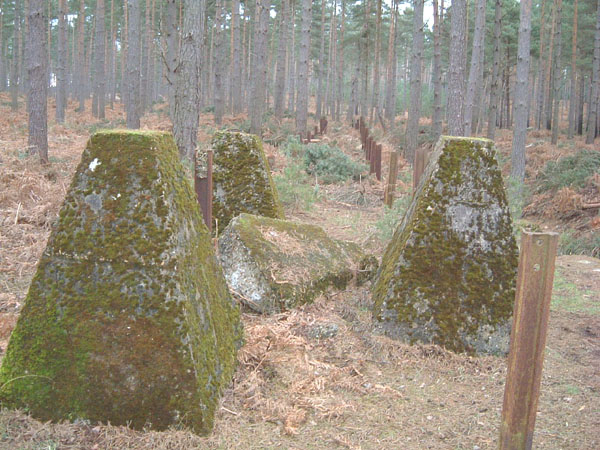 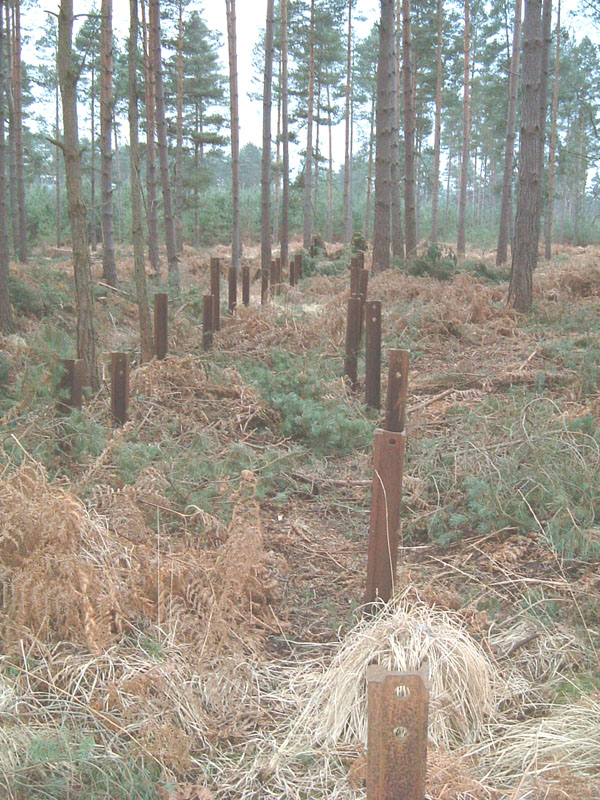