At Burghfield, just a few miles South-west of Reading in Berkshire can be found an excellent surviving example of a brick built fortified building (NGR SU680706). 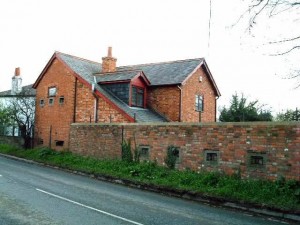 The converted stable-block is situated in between the tip of a road junction at a point where three roads meet and is only yards from the Kennet and Avon canal bridge. 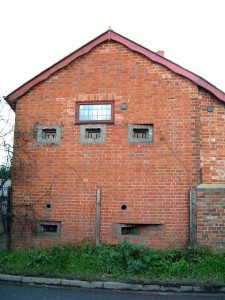 This would have given the fortified defence an excellent all round advantage, covering the roads from both sides of the building and thus protecting the approach to Burghfield Bridge.

An earlier picture of this site can be seen in Colin Alexander’s “Ironsides Line” on Page 96. Since this picture was taken, the building has been extended to the south and has lost some of its embrasures. However ten of these can still be seen along with their intact asbestos flame trap flaps.

Heading up Burghfield Rd, towards the bridge you will see the adjoining 6ft brick wall complete with its four loophole embrasures. All of these are now covered with a wire mesh protection, but are still clearly visible. 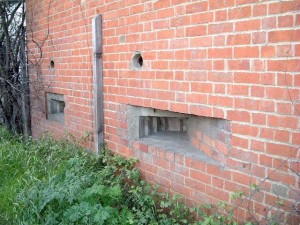 At the end of the wall the first embrasure on the house is angled towards you and the South-west, as does the embrasure directly above it on the house first floor. 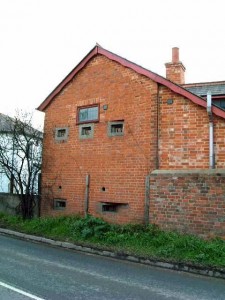 Both of the lower embrasures have a ventilation opening above them. The four remaining loopholes all face Northwest towards the canal and adjoining Mill Road. A single remaining embrasure can also be seen at first floor level on the reverse side of the building. This one faces South-east and covers the approach to the bridge from Pingewood road direction. 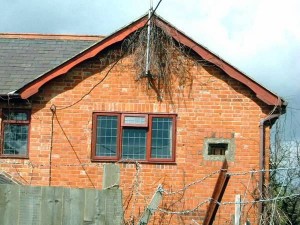 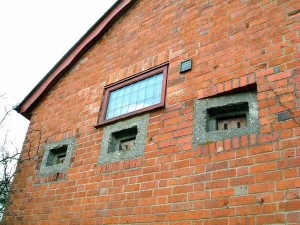