This unusual hexagonal pillbox can be found behind a hedgerow not far from the entrance to the Imperial War Museum at Duxford in Cambridgeshire. 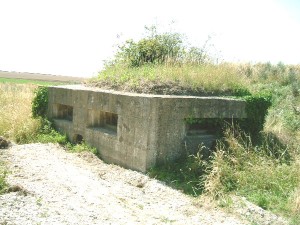 The box would have once formed part of the perimeter defences to the famous RAF fighter base. 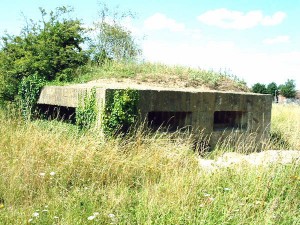 Although now partially overgrown, its unusual large stepped embrasures with small loopholes can be seen clearly. Each wall features one of these with the exception of the entrance side which has two smaller loopholes and a low entrance. 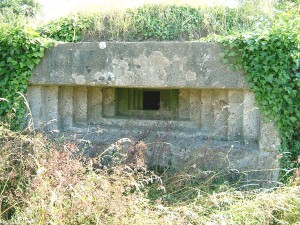 I did not attempt to access the box but I believe it still has some wartime graffiti written on its inner walls. Although it is outside of the museums’ perimeter it would be good to see it being preserved as a part of the history of the RAF base.