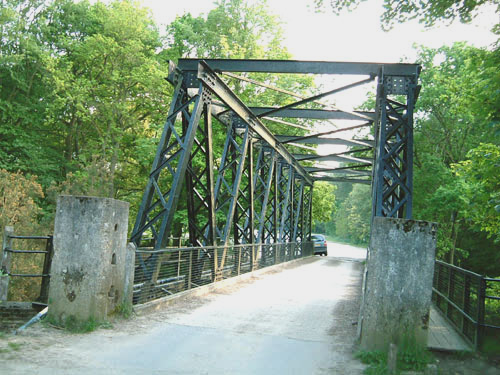 These substantial road block posts can be found on the north side of Claycart Bridge at Aldershot, the bridge was a used as a military crossing over the Basingstoke Canal from the training areas south east of Aldershot.

Originally two small rectangular pillboxes defended the bridge which leads to the Army Golf Club and Laffans plain rear of the RAE Farnborough. 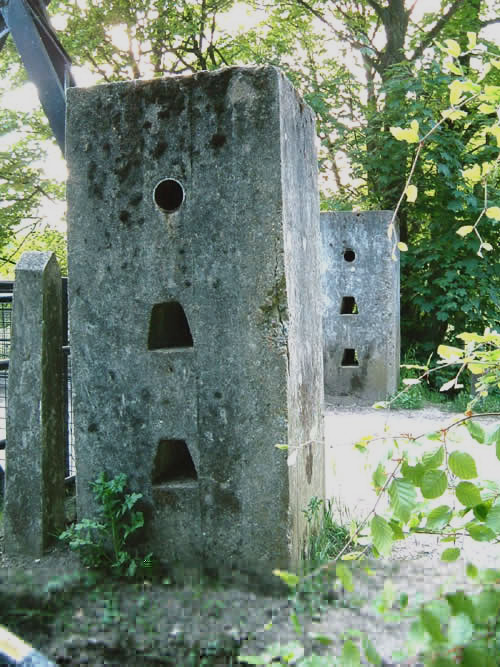 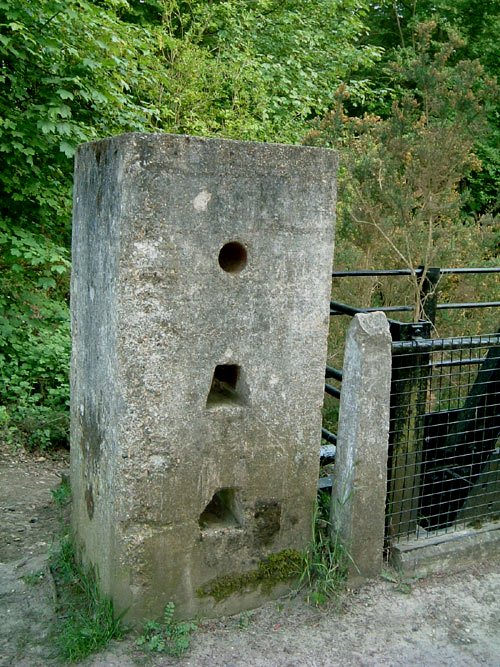 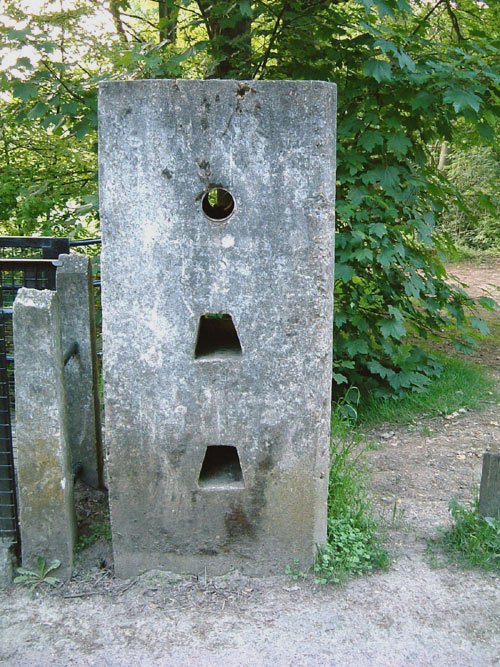 The upright concrete posts have three irregular holes in each which would have accommodated iron rails, some concrete road block cylinders can be seen close to the canal, these would have been placed on the bridge as additional obstacles for vehicles attempting to cross. 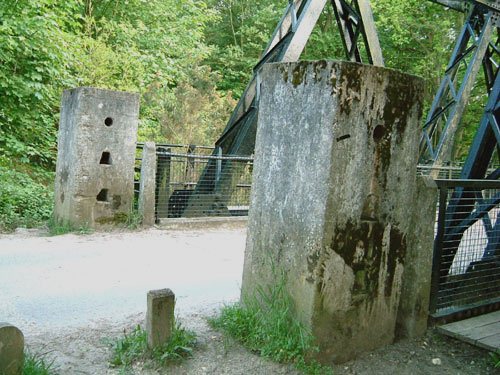 Since the photos were taken the bridge has been blocked from vehicle access by a modern metal barrier.