Adisham Viaduct in East Kent is unusual in that it has two pillboxes built into the recesses of the archways. 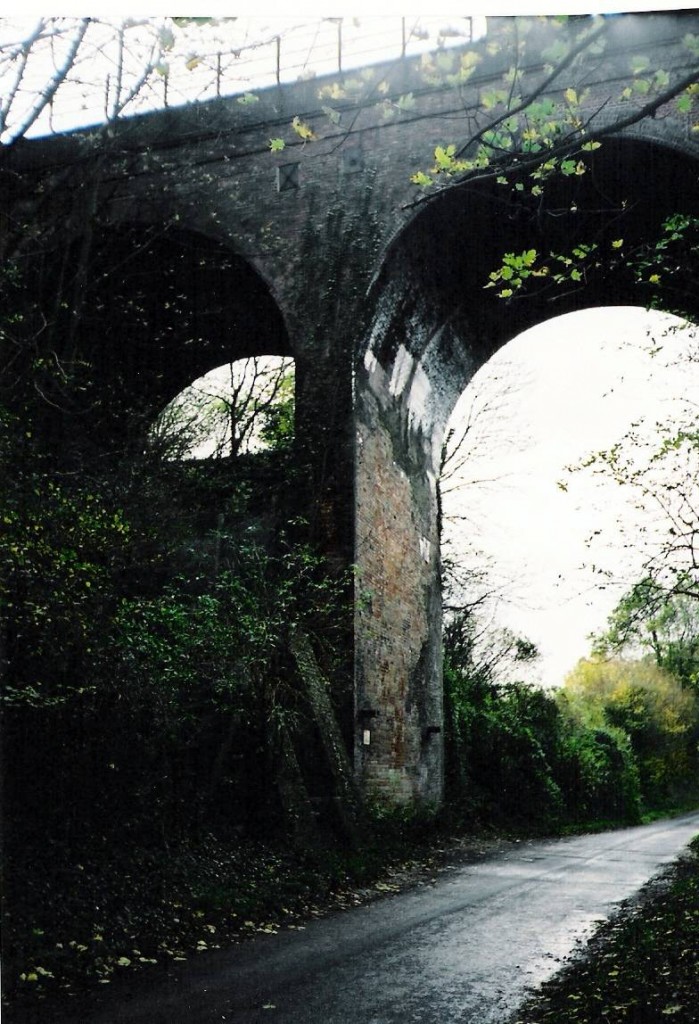 This photo above shows the left hand arch with the top of the pillbox outline. 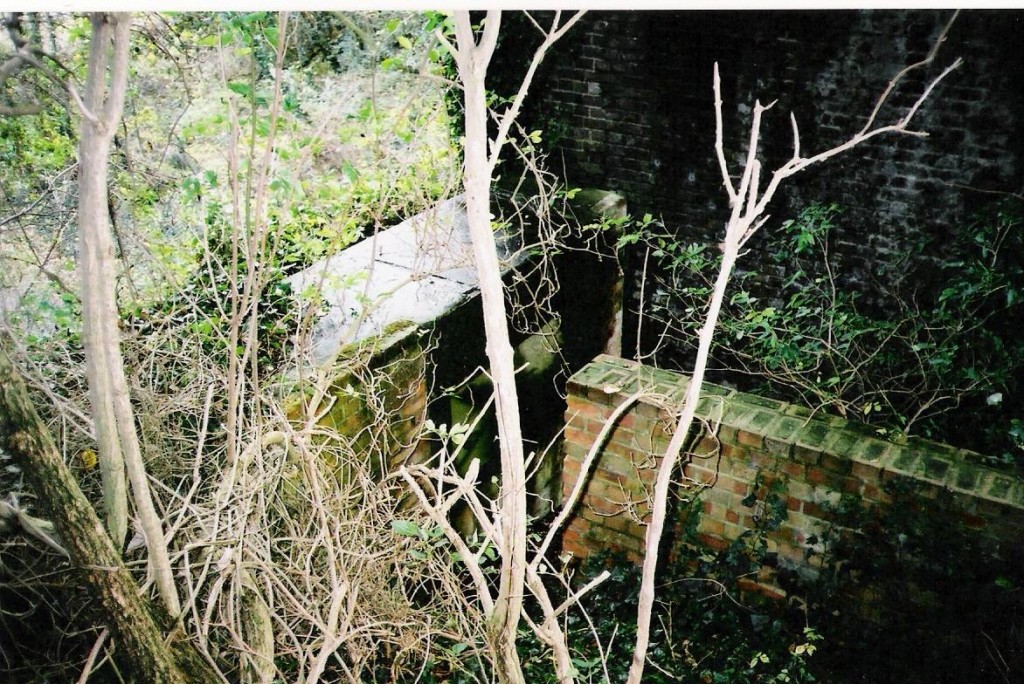 This photo shows a close-up of the wall and end of one of the pillboxes, the wall is approximately 6ft high and 2 bricks wide. What is fascinating about this pillbox is that it utilises the roof of the arch as its own’roof’.

The final photo shows the reinforced concrete end with a single loophole. 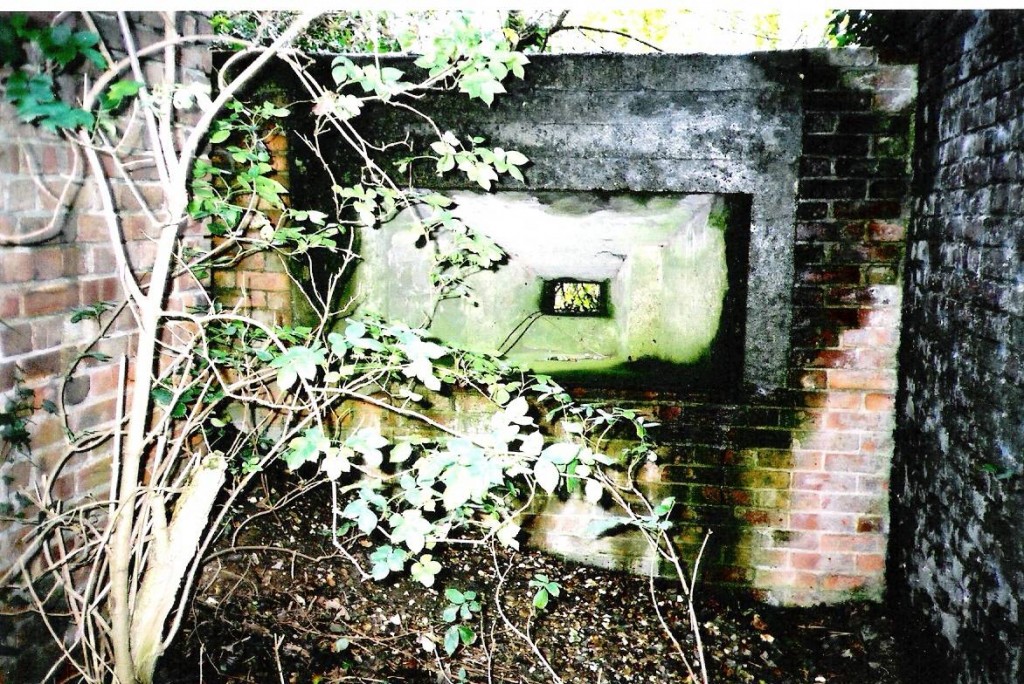