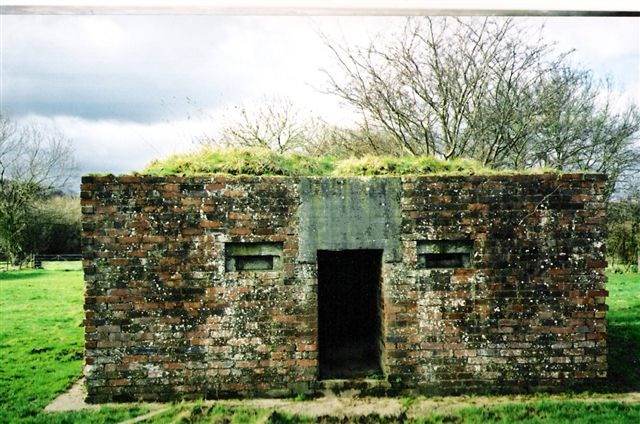 This is a short article on the GHQ line between the villages of Ashurst (on the Kent and Sussex border) and the village of Penshurst in Kent along the course of the River Medway, both of the villages lie to the west of Tunbridge Wells.

The remaining pillboxes are on private land or the opposite side of the River Medway to the public footpaths. Also, I have been only able to view some pillboxes at a distance with binoculars where they lay well away from footpaths but can seen from higher parts of public footpaths. I have checked the line to the south of this at Groombridge and as far as I could ascertain this number is repeated here. Also, further east between the villages of Teston and East Barming on the Medway this figure of 8 per mile holds good.

On the four roads crossing the Medway in this area each one is covered by a type 28A pillbox and is backed up by a shell proof type 24 pillbox.

The roads are the B2176 at Penshurst, the B2188 at Saints Hill, the minor road over the Medway at Chafford bridge and the A264 at Ashurst. There is also another type 28a pillbox over the River Eden in Penshurst just before the Eden joins the River Medway in the village.

The type 28A are all of the square embrasure type to house the Hotchkiss 6 pounder anti-tank gun. The only non standard pillbox I have been able to observe is the one just away from the Medway leading to the old waterworks at Saints Hill. This is a type 24 built into the embankment beside the road and has a protected entrance with only 3 gun embrasures facing forward and none to the rear.

At Chafford bridge there are also several anti-tank obstacles, but since the bridge was replaced with a new one in 2003 many of the best ones have gone, probably into reinforcing of the river bank.

The infantry pillboxes along this stretch are spaced out in the main to give covering fire to each other. Some are right beside the river, others are some hundred yards of the way back and some are on higher ground away from the river. All these pillboxes have probably survived because this part of west Kent has not had the terrific growth that most areas of the county have gone through since the end of WW2. 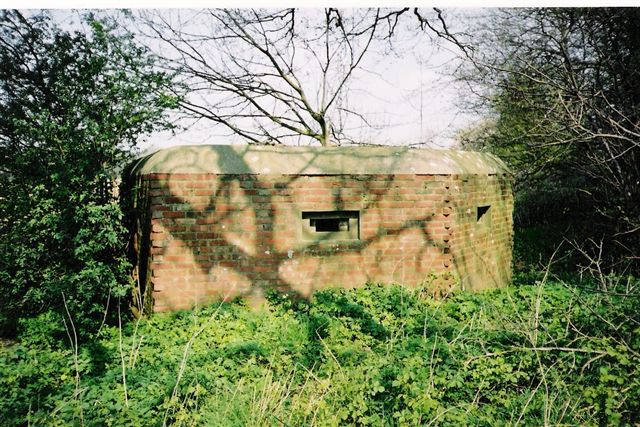 The village of Penshurst was not only an important anti-tank island it is also the place where the GHQ line west along the line of the River Eden joins the branch of the GHQ line coming from Newhaven in Sussex along the course of the River Medway. Depending on how you count the pillboxes I have made the number around the village where the two lines meet at 15 pillboxes of which two are type 28 for Hotchkiss guns. Of those pillboxes I have been inside, the ones on the River Medway have anti-ricochet walls in and the only one I could get into on the River Eden as it enters Penshurst did not have any internal wall. The design of the Eden pillboxes are slightly different and the finish does not look so good either inside or outside and they also have a slight dome effect on the roof.

I can recommend this part of the GHQ line for anyone who wants not only to see a good number of well preserved  pillboxes but also to enjoy walking in lovely countryside with many pubs along the route.