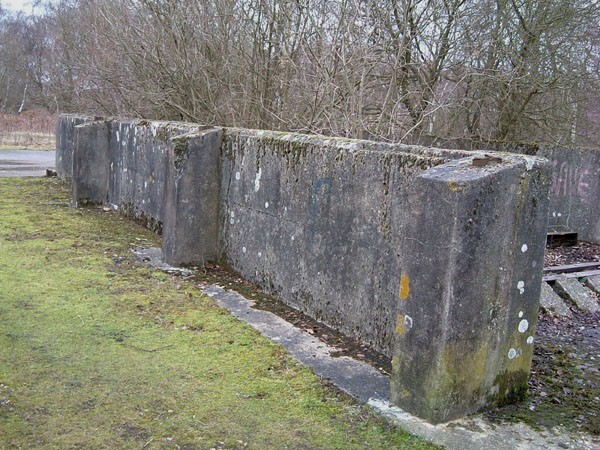 Situated on Hazeley Heath Common near Hartley Wintney in Hampshire are some unusual structures that date from the WW2 period.

The concrete remains are fully accessible to the public and are at the end of a short concrete tank road leading from the main path across the heath.

At the end of the short road is a double wall structure which has at one end a concrete wedge with remains of a thick steel RSJ cut off.

This was once a support for a cable pulley system driven by a powerful stationary engine secured to the steel rails seen inside the walled area, the mechanism enabled a rail cart to be hauled up the facing concrete ramp that runs to lower ground.

The cart or wagon was filled with heavy iron ingots in an effort to replicate the weight of an AFV which was to be towed or recovered from the battle field. The idea of the mechanism and its workings enabled engineers to test the strength of steel rope or hawsers used for different load and conditions as it was pulled and released up and down the steep concrete ramp. 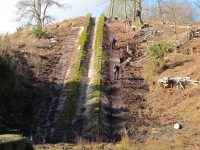 Hart Countryside Volunteers working on the ramp during February 2017 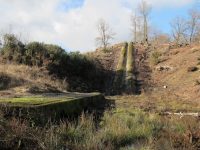 The large concrete base with drains that on once probably stood a Nissen hut. 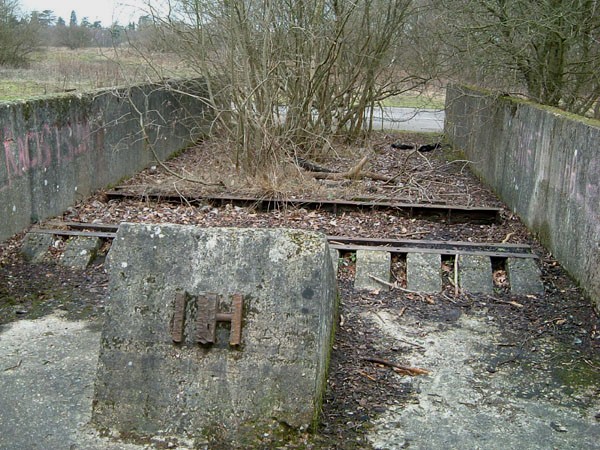 Central concrete plinth that bore the RSJ and hawser winch pulley assembly, the small corralled wall area that held the winches operating engine probably once had a tinned roof supported by rail line RSJ’s [now cut off] for protection against the elements and snapping hawser fly back. 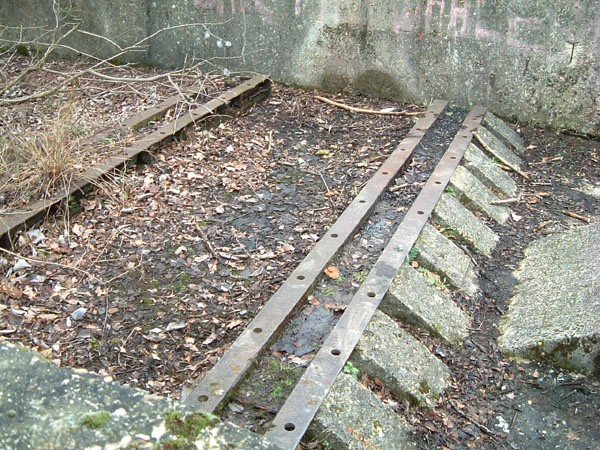 Steel drilled sections on which the pulley motor would have been bolted. 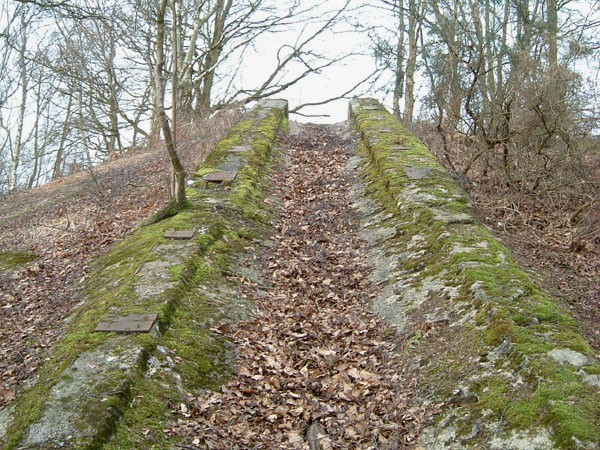 The ramp had rail line welded to the steel plates that can still be seen on its length.

At the bottom of the hill is an off set concrete base, it is believed this had a Nissen hut and was used as part of the base operation. 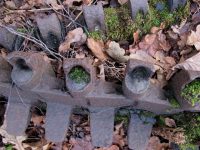 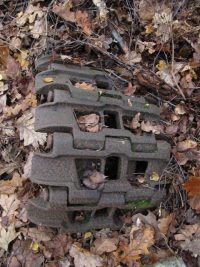 Valentine tank tracks before they were unearthed 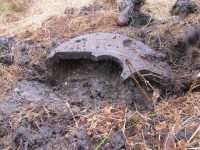 During WW2 the vast majority of Hazeley Heath was turned over to the War Department and used as a training area and camp for training by the REME on AFV recovery as well as evaluation of captured Axis armour.

Much of the land here would replicate conditions the army would find in North Africa and later on in Europe.

Today Hazeley Heath is a dedicated SSSI area and managed by Hart Countryside, to the east much of the heath is an RSPB reserve however traces can still be found laying around from its past, in 2015 several section of Allied tank tracks were recovered from the heath land and are now displayed close to the ramp, these include track from Churchill, Covenantor, Cromwell and Valentine, there are also stories that have passed into local folklore of a tank that had sunk into a nearby bog and was never recovered.