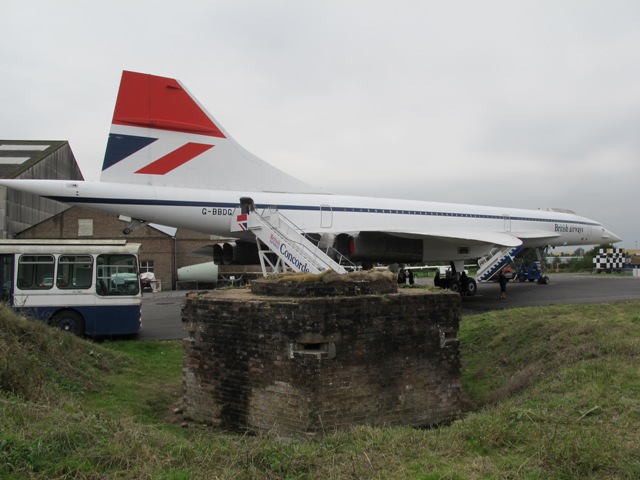 This small and unique six sided pillbox can be found within the Brooklands Museum at Weybridge in Surrey close to other British icons such as Concorde and the VC10, although it can  be seen close up it is currently  inaccessible and has a locked door.

The airfield/factory  pillbox was built to give a limited amount of defence should the Vickers factory been attacked by paratroops or ground troops had an invasion come. The round central open well is similar to that found on a type 27 pillbox and could have possibly mounted a Bren or Lewis gun as a light AA defence.

The pillbox was constructed to bullet proof standards and has an unusual design feature with a small loophole built into the corner of each wall, access to the central open well was most probably from the outside via a ladder  to the roof and then stepping down into the low concrete central platform. 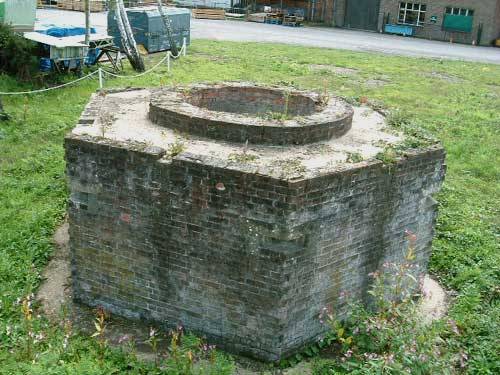 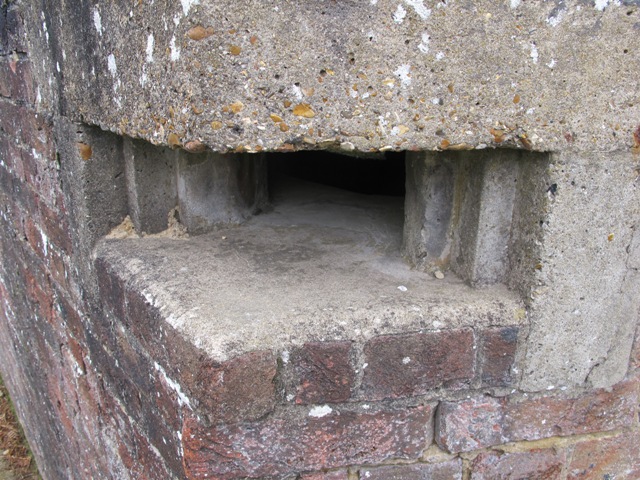 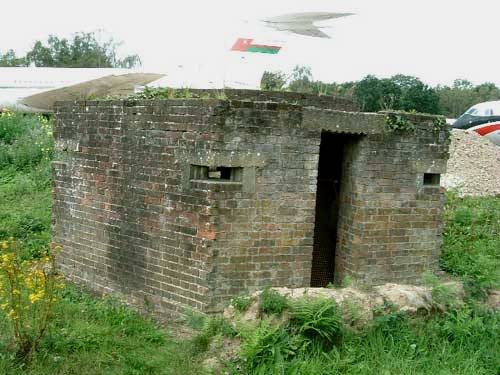 Despite being heavily camouflaged the Vickers factory that produced the Wellington bomber at Brooklands was attacked by the Luftwaffe  in early September 1940, casualties were heavy with many dead and injured, additional anti -aircraft defence was provided by the Bofors tower positioned on the top of Test hill as well as another Bofors emplacement a short distance away.

During past summer events the pillbox was dressed and manned by the East Sussex Home Guard re enactment society.

Pictures and text by Tim Denton May 2013