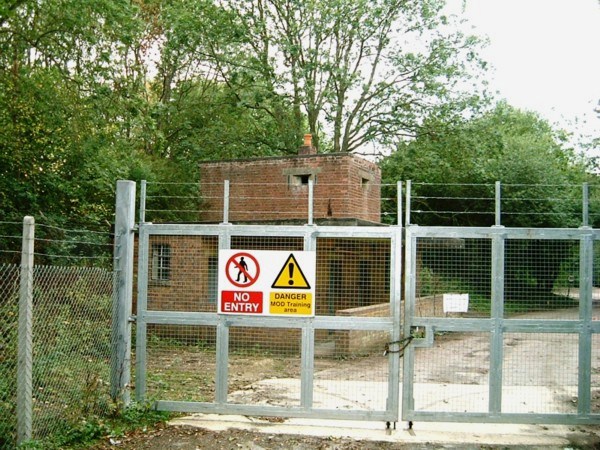 Although it is not accessible due to its location on Ministry of Defence (MOD) land, the unusual guard house pillbox can be observed close to Taylors Gate from outside and on the adjacent public footpath.

The unusual defence protects the entrance from the A33 Rd to the wartime command ammunition depot (CAD) at Bramley near Basingstoke, the depot is shielded by woodland within a vast area of fenced off land.

To the north is the small country village of Bramley, the main Reading to Basingstoke railway line runs along the western perimeter of the camp, the railway once had separate sidings running into the camp for the transport and loading of ordnance.

To the east of the depot is the A33 Reading to Basingstoke Rd, beyond this are open fields bordered with dense woodland, a few miles to the south is Chineham Village and Basingstoke. 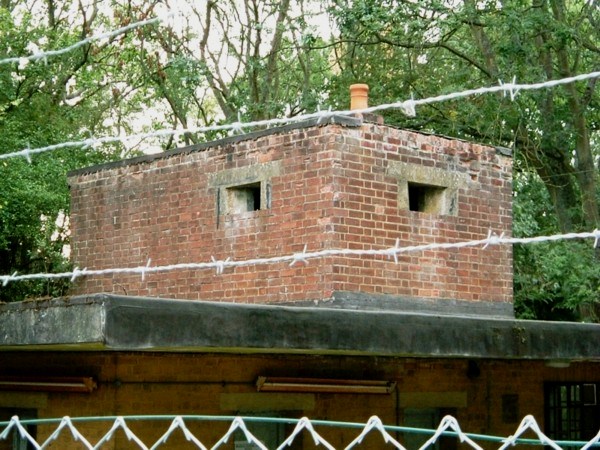 The rectangular pillbox appears to be based upon a variation of the type 26, its brick shuttering looks to be in fine condition and sound which has probably been helped by the roof being covered with a bitumen tarred layer.

This variant pillbox has four loopholes, each made up of three cast pieces, a complete  flame proof flap can still be seen in one of the embrasures in a closed position. 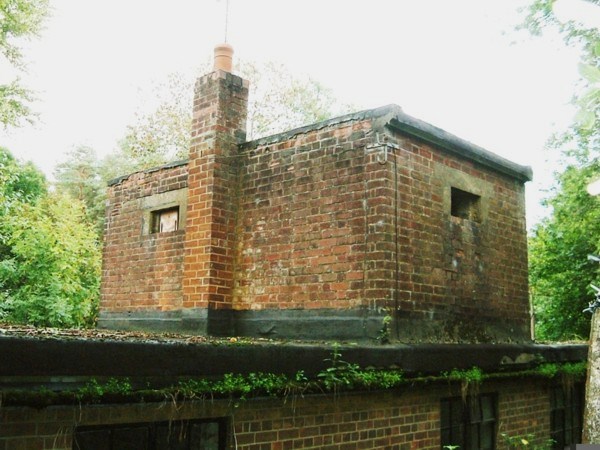 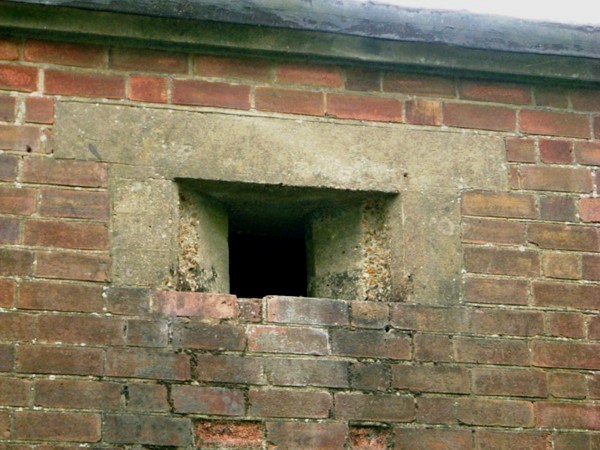 The entrance to the defended post was either by a small stairs or ladder from the guard room below, a brick  chimney stack runs up the rear of the box and is finished with a chimney pot, the guardhouse below is most likely to have had a fireplace but whether this luxury extended to the defence above is unknown.

Several other pillboxes are scattered around the perimeter of the depot but this is the only viewable example.