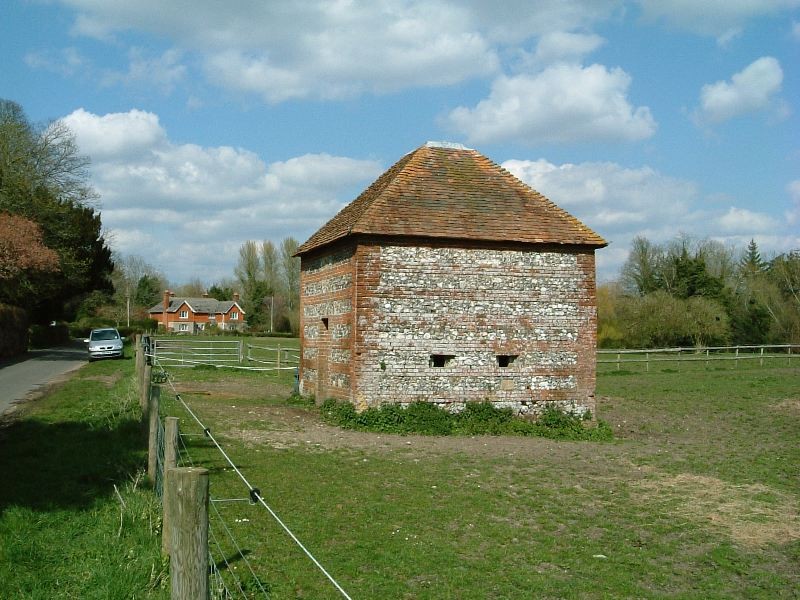 I came across this very unusual and rare defended building while driving cross country back from Winchester. The small brick and stone clad barn is situated at fields edge beside a quiet country lane at Fullerton near Wherwell,Hampshire.

The disguised defence is located close to the Mill Bridge and River Test at its junction with the River Anton, from its position it has a good view north and south and east across the facing field and the main A3057 Romsey Road.

It appears that the original building has been adapted quite cleverly to conceal a pillbox hidden within making this a particularly interesting survivor in a rural location that has changed very little since WW2. 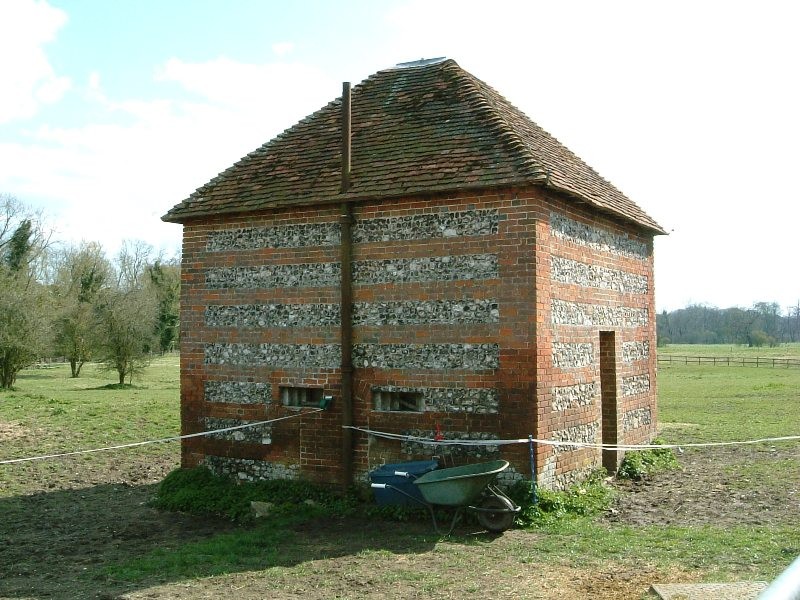 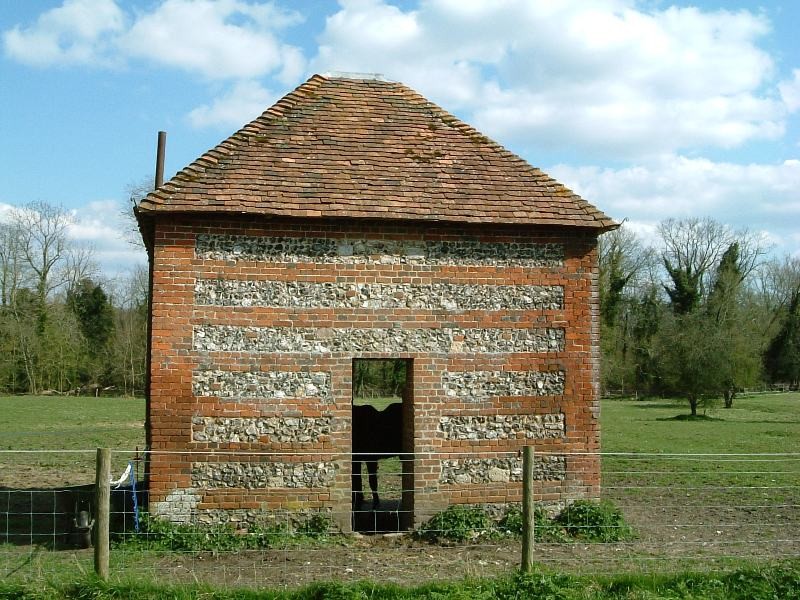 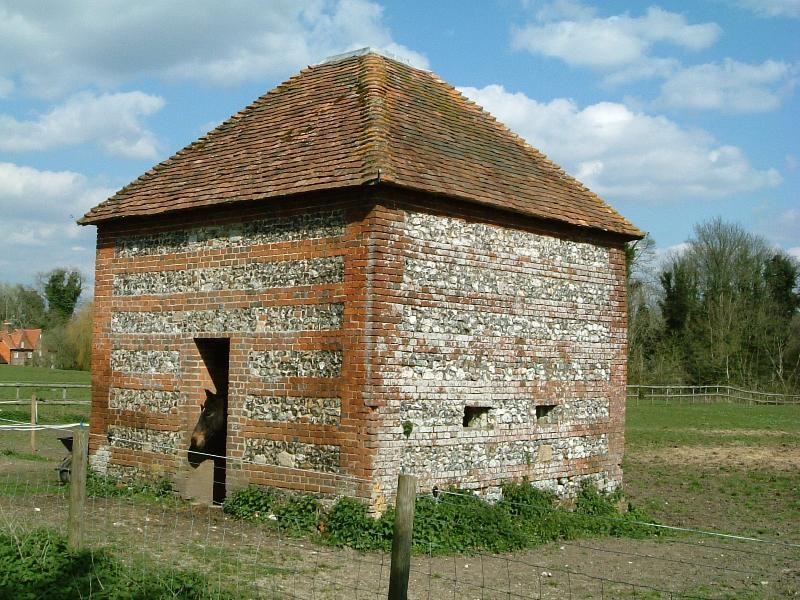 Close examination revealed it has a pair of stepped loopholes in both ends as well as one remaining in the south east facing front, this single remaining loophole could be seen through the open doorway where part of the south east facing wall has been roughly knocked through to make access for the horses.The inner walls are approximately 18″ thick up to just below the door top, just visible through the doorway was the angled splay on the interior side of the loopholes, there was no evidence of a supporting shelf below these.

The disguised pillbox would have been a defensive post on the Salisbury East Stopline running from Totton Southampton to Basingstoke via Romsey and the Test Valley. 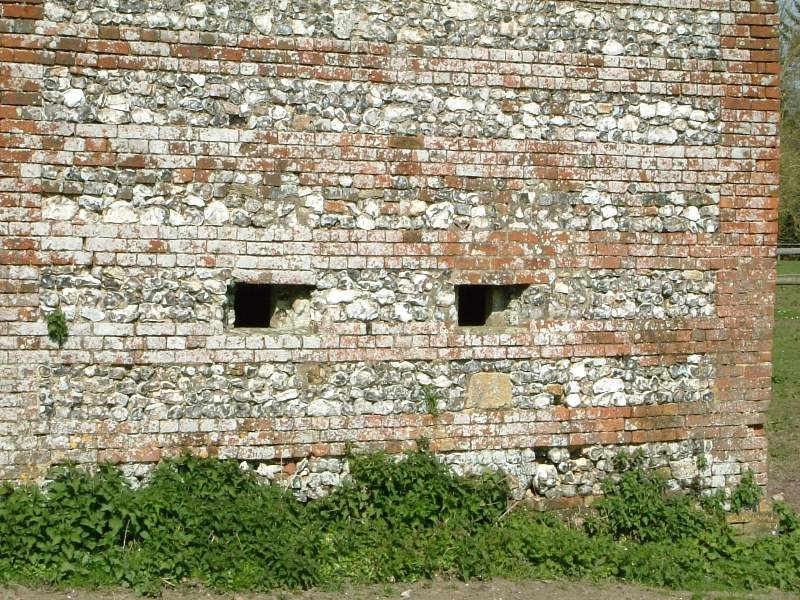 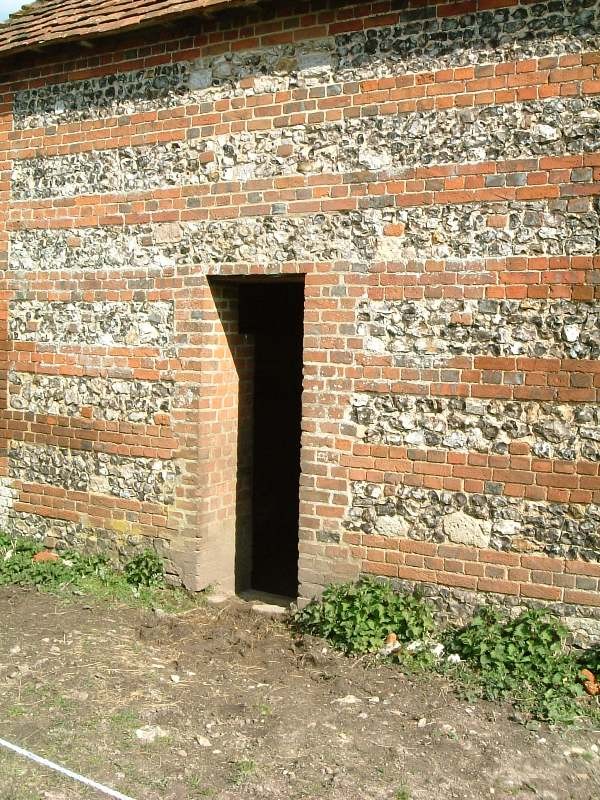 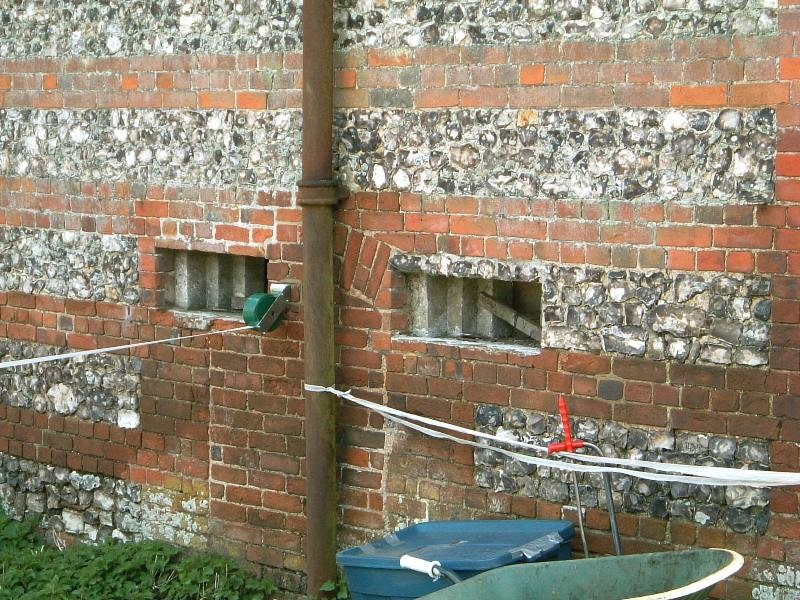 The farm building may have had other uses over the years with exterior changes such as a doorway that has been bricked up on the north east side, there is also a metal drain pipe runs vertically down this wall over where the door once was . 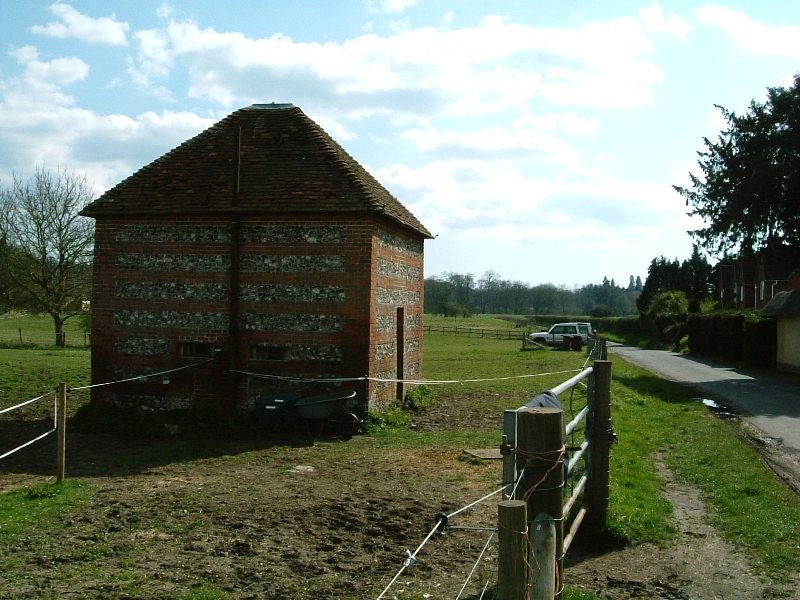 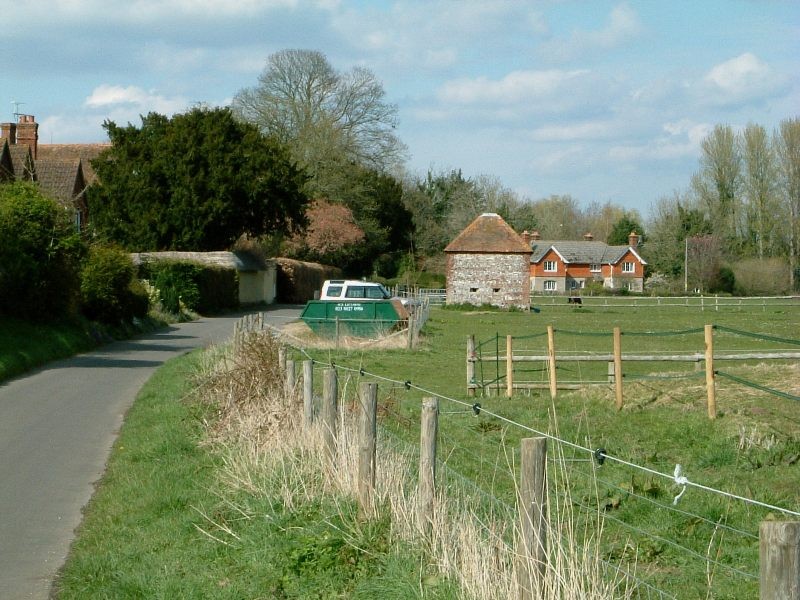 It also seems that this defence is not listed on the Defence of Britain Database or mentioned in the Henry Wills “Pillboxes” gazetteer.